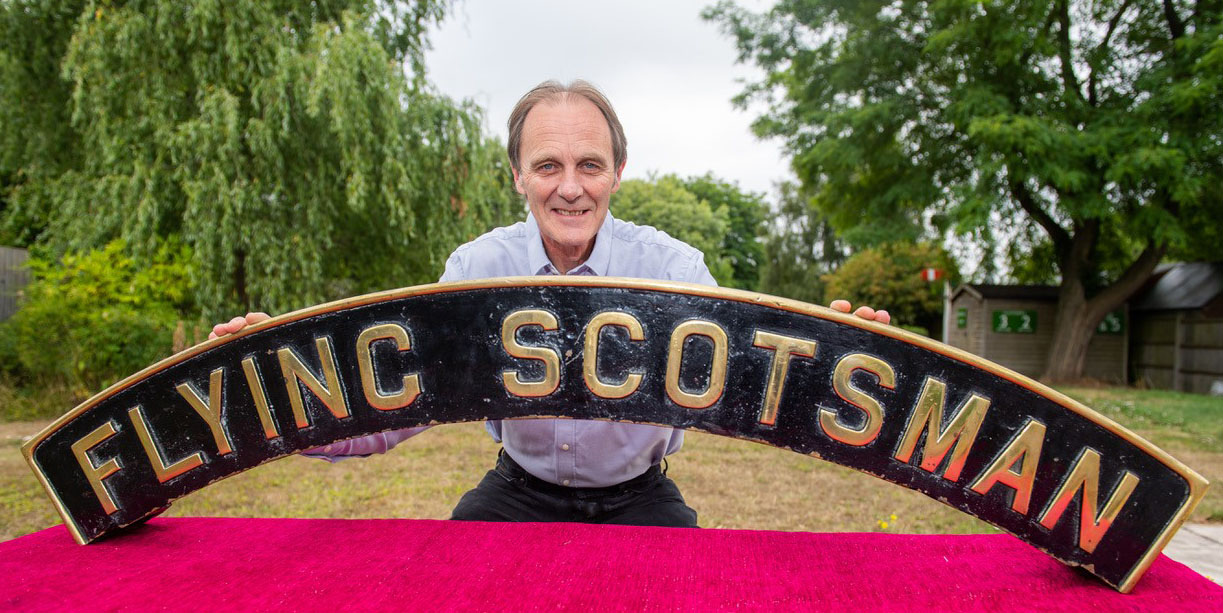 Report in The Daily Mail

Nameplate FLYING SCOTSMAN ex LNER Gresley Class A1 (later A3) 4-6-2 LNER nos 1472, 4472, 103 BR no 60103 built Doncaster, rebuilt to Class A3 January 1947. The engine worked principally on the East Coast main line from King's Cross but also spent time on the Great Central line in the 1950s. Its final journey was on the 1.15pm from King's Cross on 14th January 1963 after which it went straight into preservation owned by Alan Pegler who had been on the footplate for that final journey. On withdrawal the engine was put through Doncaster Works where it was restored to its original condition with a single chimney and no smoke deflectors. It was back on the main line in late March 1963 and by 1966 Scotsman was running with a second (water cart) tender and had been through a general overhaul at Darlington. From 1968 Scotsman was the only steam locomotive allowed to run on British Railways thanks to a contract arranged by Alan Pegler. In 1969, after having been fitted with various accoutrements to allow running in the USA the engine left England for the US and Canada, by late 1972 Alan Pegler was in serious financial difficulties and the locomotive was acquired by Sir William McAlpine who secured its repatriation and overhaul, during 1988 and 1989 the locomotive toured across much of Australia and, by 1993, it had been overhauled again and put back into its late BR condition with a double chimney and German style smoke deflectors. For a brief period in the 1990s the loco had joint owners, Sir William McAlpine and Pete Waterman, before its sale in 1996 to Dr Tony Marchington. Following (another) bankruptcy, in 2003 both original nameplates and worksplates were sold into the railwayana community and the Loco was fitted with reproductions which it has carried since. The original A1 (later A3) short nameplates were prone to cracking and Doncaster issued a new design in 1926 with strengthened webs and bosses and this is one of those, and is the right hand side from the loco, number 103 its 1946 LNER number is chiselled in to the bottom of one of the mounting webs. Lightly face cleaned with traces of very old paint underneath and red paint underneath the black. A once in a lifetime opportunity to own a piece of railway history. 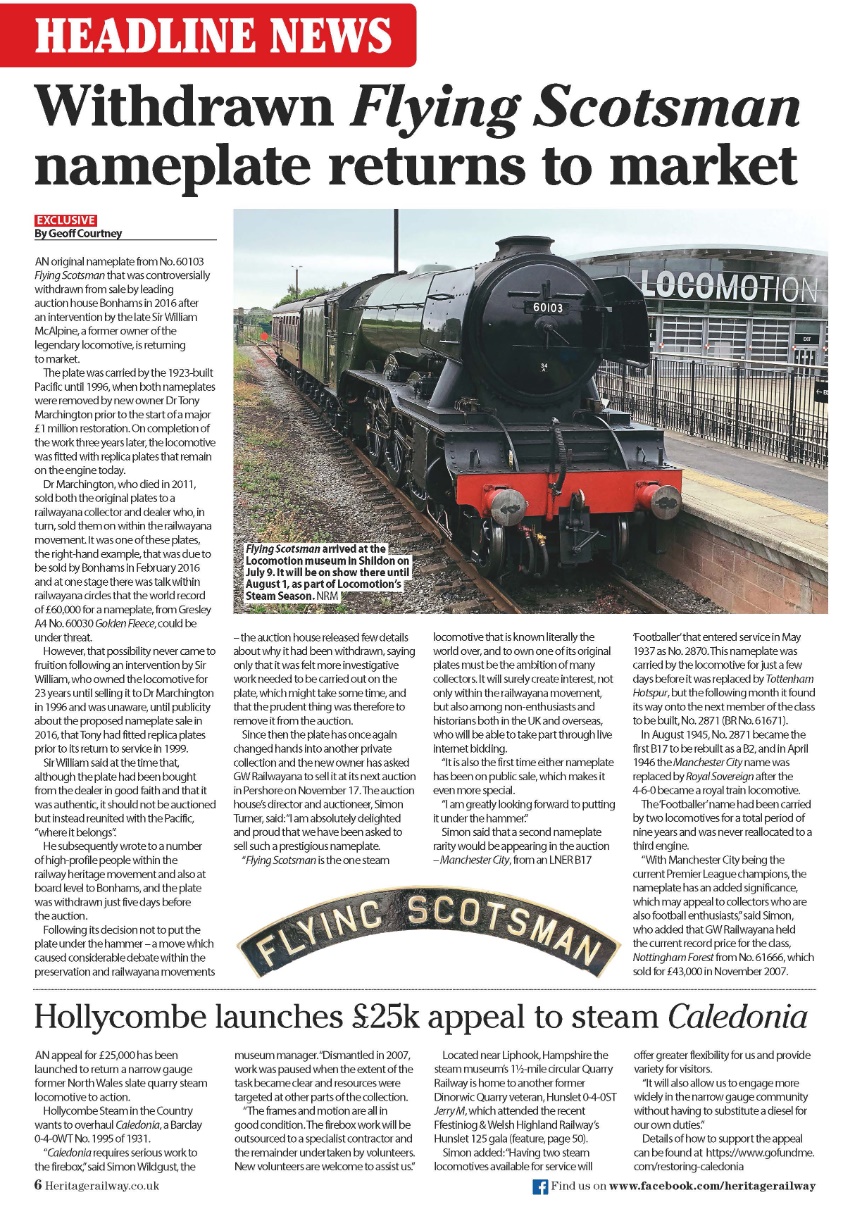