Worksplate LOCOMOTIVFABRIK KRAUSS & CIE MUNCHEN & LINZ 1903 No 4955. Ex 1050mm gauge 0-6-0T, one of 12 supplied for the opening of the Hedjaz pilgrim railway from Damascus to Medina. 4955 was initially Hedjaz no.4 but subsequently re-numbered 10 and then 15. It survived the predations of T.E. Lawrence in World War One (No.17 is still out in the Arabian desert where he derailed it in 1917) and was taken into Palestine Rlys. stock after WWI but withdrawn in 1930, so it is likely the plate survived transferred to another of the class, some of which lasted into the 1950s Oval cast brass measuring 14in x 9.25in. Has been lightly cleaned. Together with a cast brass Nameplate in Arabic which roughly translates as Raouf pasha. Unfortunately we have been unable to find any information on the locomotive that carried this, the plate is curved to fit onto the side of a smokebox. 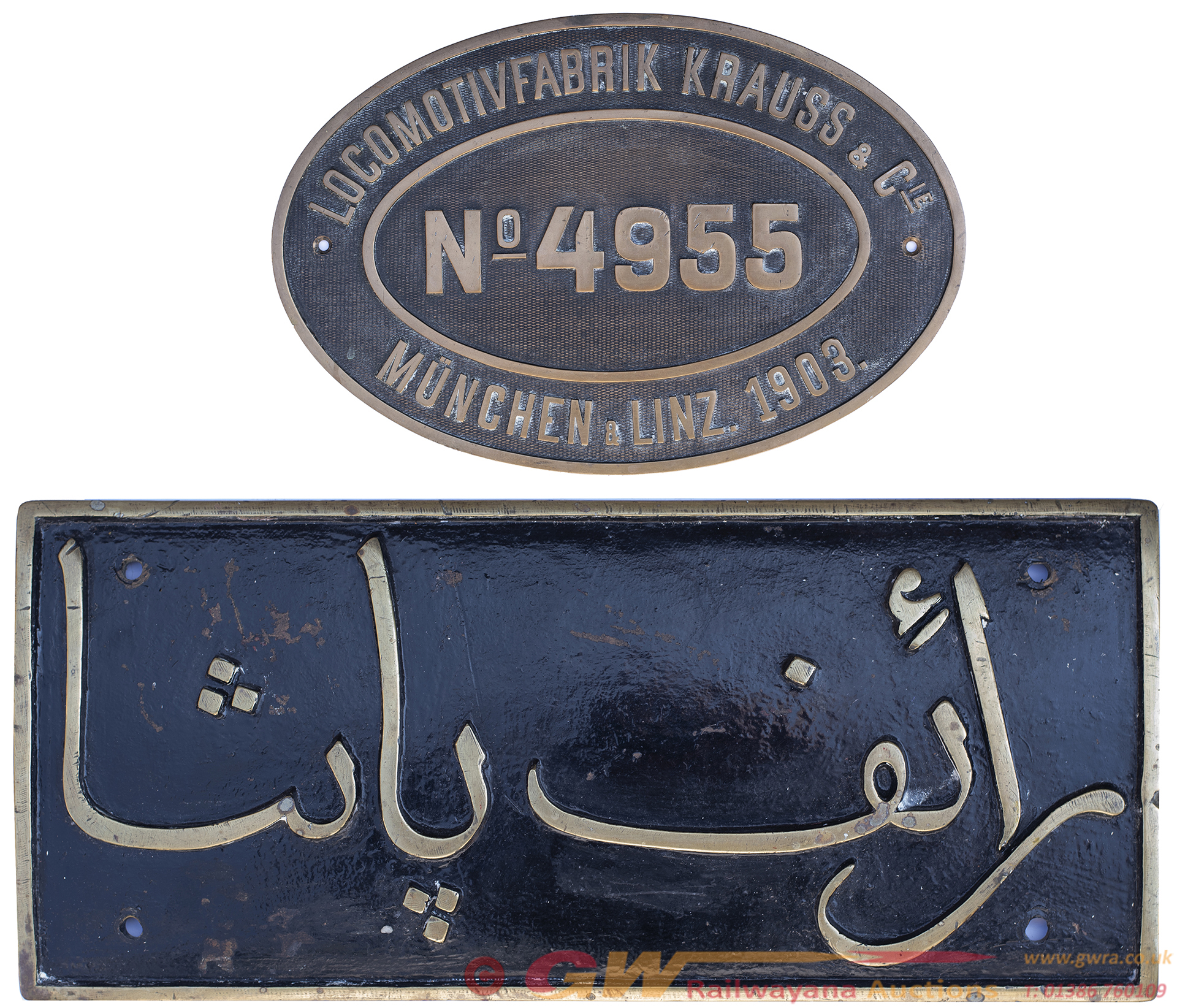 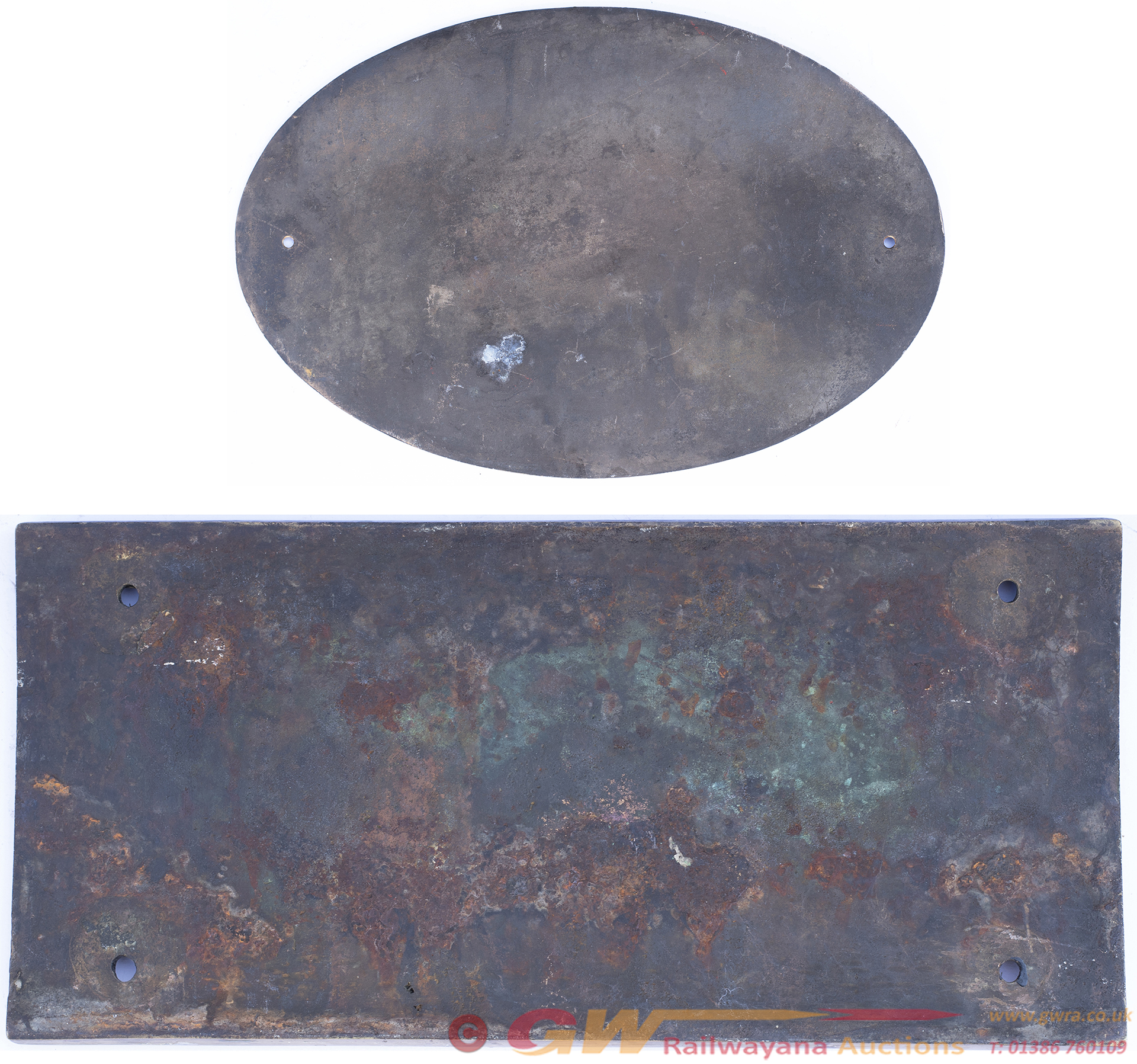 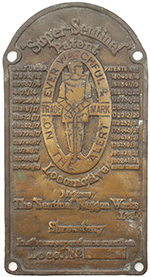 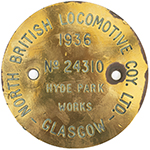 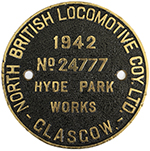