Nameplate shield from Bullied Battle Of Britain light Pacific 4-6-2 LORD BEAVERBROOK built at Brighton in 1947 and numbered 21C154 and later 34054. Allocations included Stewarts Lane, Salisbury and 72A Exmouth Junction from where it was withdrawn in September 1964. Scrapped at Birds Bynea in 1965. The original surround has been lightly cleaned but still has traces of BR green and the steel retaining band in the back has suffered corrosion at the bottom. The back of the shield has Clapham Museum reference numbers painted on. Measures 28in x 21.75in. 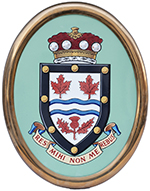 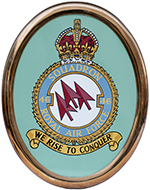